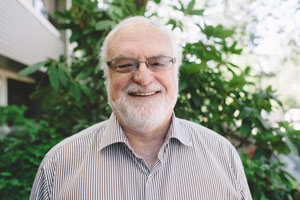 After graduating from Arizona State University, in 1980 Len formed Shelter Resources Inc. (SRI) with a focus on small to mid-sized tax code incentivized affordable housing projects in the Pacific Northwest. With the Tax Reform Act of 1986 creating the original version of the affordable housing tax credit (LIHTC) the company was on the very front end of tax credit development in the states of Washington and Oregon. As the tax credit grew in investor popularity and the program corrections matured, so did the company, eventually developing more urban styled housing and larger projects. This often assisted Non-Profit partners not focused on housing as their core mission become involved and appreciate the value of providing accessible quality housing for lower cost to their primary constituencies. Over the last 42 years over 150 affordable individual projects have been constructed or rehabilitated via the efforts of Shelter Resources Inc. The range of activity has been extensive ranging from smaller affordable rural projects ranging from 14 to 60 units, to urban mixed use development of up to 326 units. Len has been innovative in structuring some “out of the box” tax credit efforts, involving senior congregate complexes with services and amenities comparable to market rate product in the Seattle and Portland markets. Believing these affordable models will become a significant need as the aging population of limited means needs affordable life sustaining services and homes. Currently the firm is working with soft $ public sources in Washington State, coupled with Amazon’s new affordable housing fund to bring a 4% LIHTC PAB project of 334 units + regional food bank to fruition, just south of Seattle.

In 2019 Mr. Brannen decided with a successful track record in the Pacific Northwest in hand, to expand and create a new affiliated development company, Blue Ridge Atlantic Development (BRAD) focused on Southeast markets, and partnered with an experienced Developer/CPA, Chris Eisenzimmer to open the new entity home officed in Wilmington, North Carolina. Blue Ridge Atlantic is opening its first effort, 188 new construction affordable units, in the 1st quarter of 2022 just northeast of Atlanta, in the community of Clarkston. A new development team has been established at BRAD focused on the Southeast region of the US., including Texas. An existing project in Houston involving 240 affordable units has been acquired by BRAD/partners, The Park at Kirkstall, and will engage in renovation work via investor equity and private activity bond financing early in 2022 as well. Blue Ridge is off to an impressive start gaining project approvals in multiple states, and Len is committed to continuing that early success.

With two development concerns operating in separate vibrant regions of the country, and the need for quality affordable housing ever increasing, Len is focused on new development efforts being brought forward by his quality development teams at Shelter Resources Inc. in Bellevue, Washington, and the newly launched Blue Ridge Atlantic Development in Wilmington, NC. His intention is to leave a legacy of good affordable product in both companies wake, and let his talented younger development partners drive the bus forward as new work matures, eventually taking the reigns.